Read the incredible stories of some of Trumbull County's notable residents!

Born March 1, 1868, to Warren and Mary Doud Packard in Warren. Alaska, called “Al”, was an award-winning equestrian in her teenage years and was put in charge of a newly opened Packard “New York and Ohio” plant in Warren in 1890, remarkable for a woman to accomplish at this time. Alaska’s accomplishments did not end with the family business; she is known internationally as the first female field agent for the FBI.

In 1922, at the age of 54 looking for a new adventure, Alaska was hired as the first female field agent for the, then titled, Bureau of Investigations. Along with two other women, Jessie Duckstein and Lenore Houston, Alaska operated out of the newly formed Washington D.C. field office. Considered a “refined woman”, Al was not given any overly “rough” assignments. She was paid $7 a day for the “Detection and Prosecution of Crimes”.

Alaska resigned when J. Edgar Hoover, who became Director in 1924, made drastic cuts after the Teapot Dome scandal. She and other women were removed from the field, today considered to be a discriminatory act against the women. Alaska was seen as a pioneer in law enforcement and federal agencies for women. The FBI went without female field agents for decades--1972 was the next time a woman would be hired as a field agent, Susan Roley Malone.

Correspondence found in the collection of the Library of Congress between suffragists Carrie Chapman Catt, other Warren local Harriet Taylor Upton, and Alaska, talk about Alaska’s time in the FBI. Alaska remembers when she was given a list of names of suffragists who she was told were lawbreakers. She relied on her trusted relationship with Upton to decipher the truth. Upton, in 1927, claims success at getting Alaska her job at the Bureau, “She worked under [William J.] Burns, the great man… and she did a corking job! It was the kind of job she could do”. https://www.loc.gov/item/mss154040096/

The National Packard Museum focuses on the history and accomplishments of the Packard Legacy including Alaska’s life. 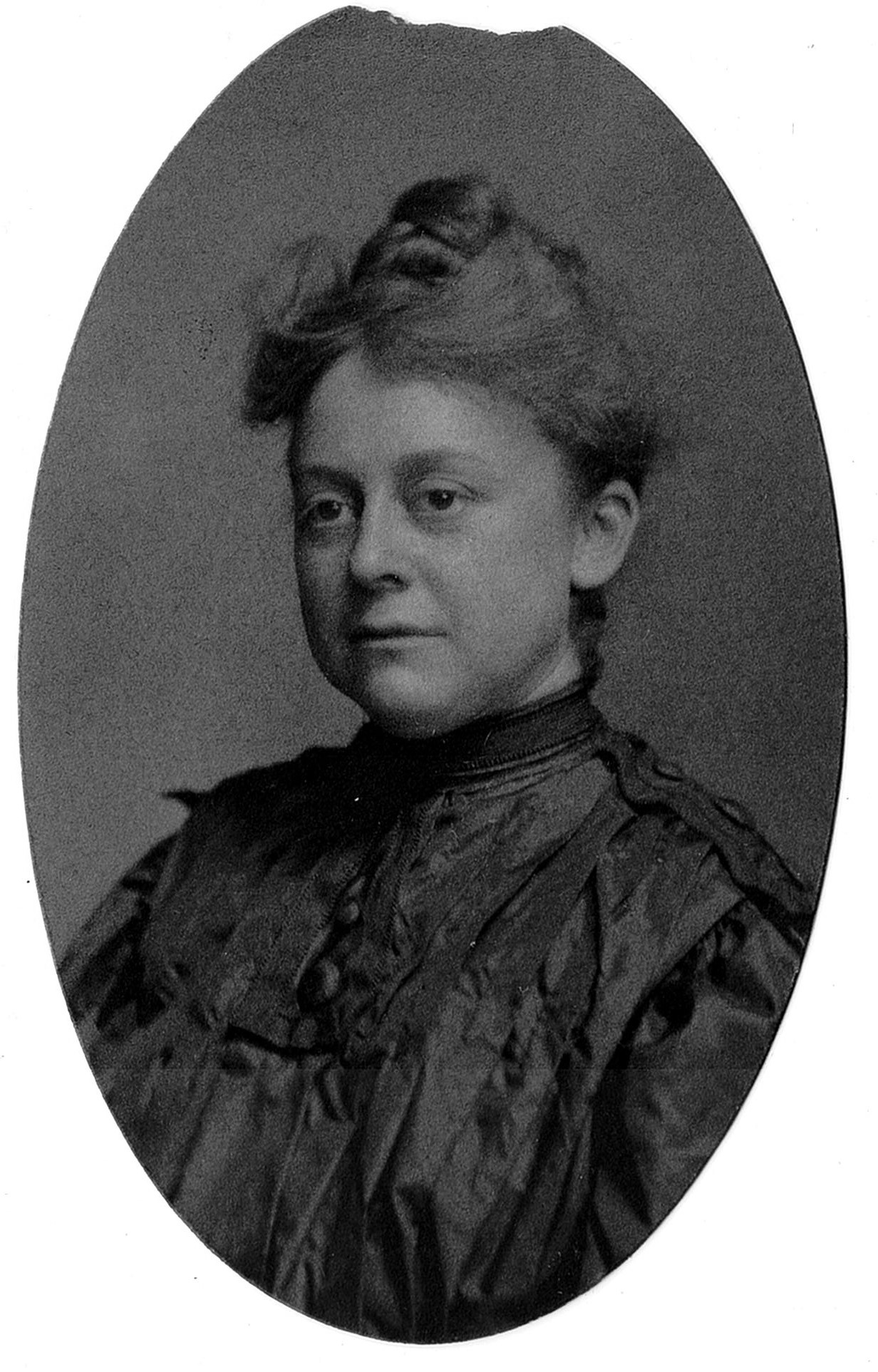 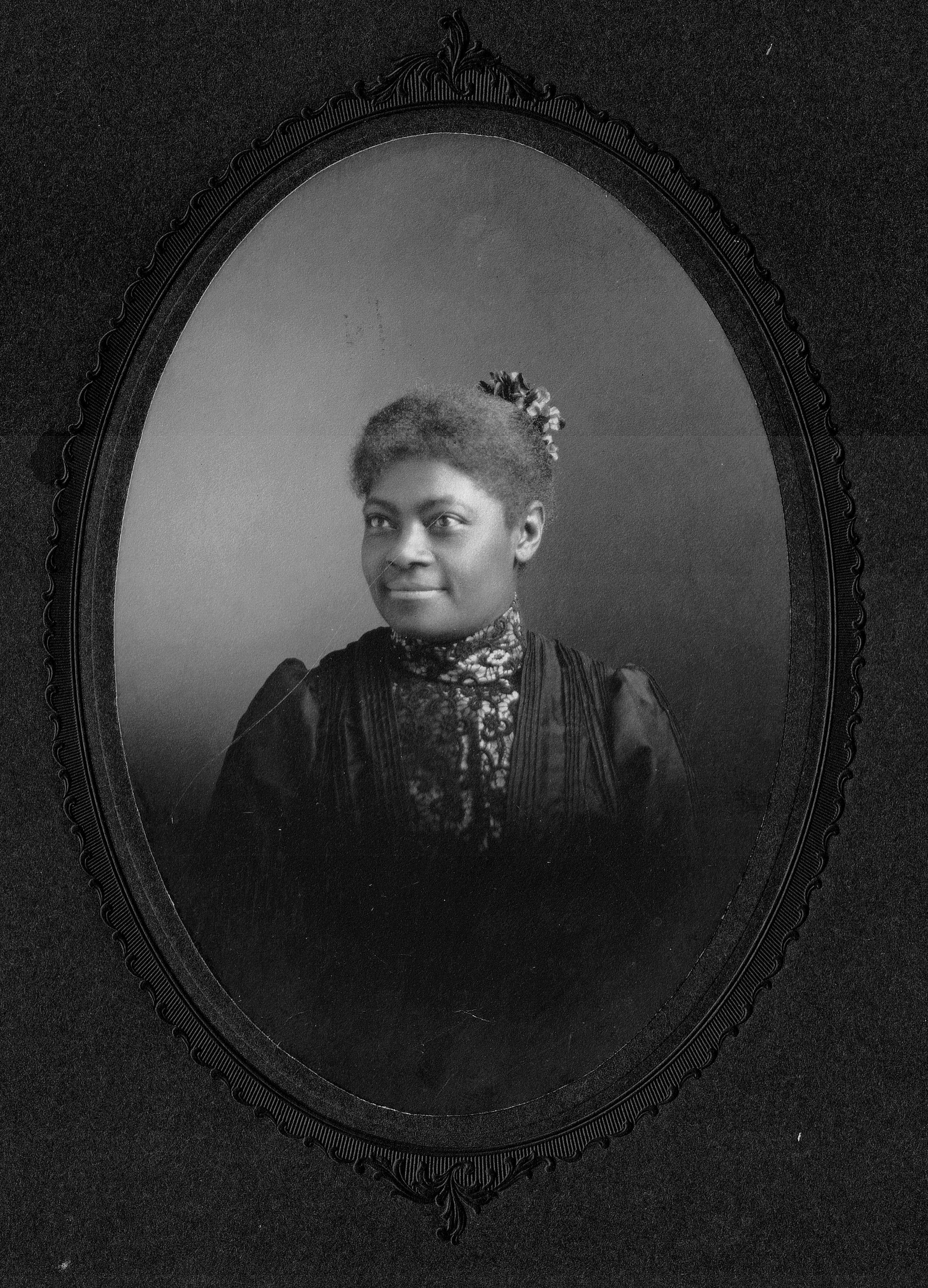 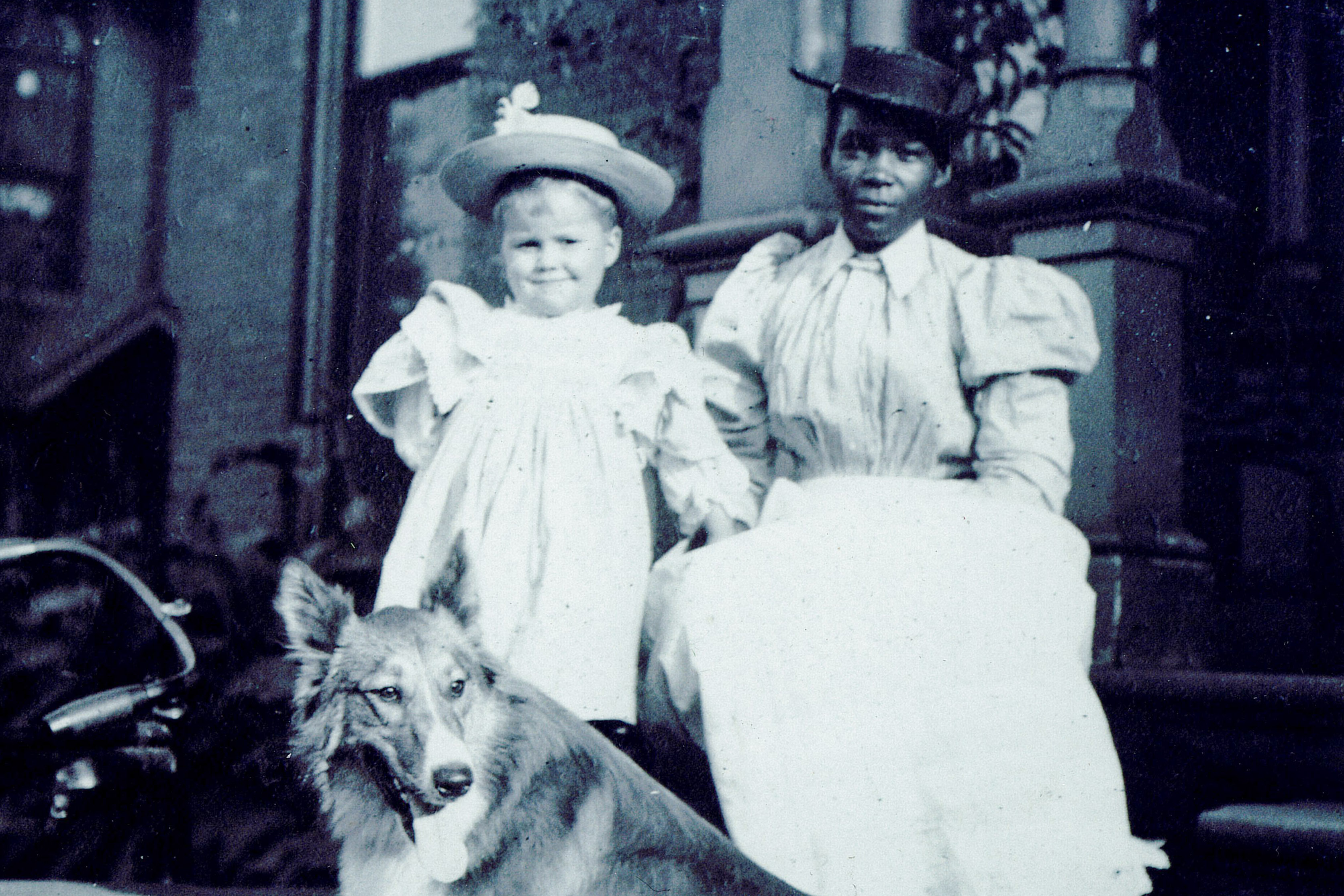 Carrie was freed from slavery at around 6 years old when the Emancipation Proclamation was signed. In 1879 Carrie became one of the first Black settlers of Warren when she, and her husband Thomas Green, traveled with the family of Captain Day, a retired Sea Captain, from Maryland. She served as a nursemaid for the Day family as well as other Warren families like the Packards. In 1892 she became the first Black woman to purchase a home in Warren. She purchased a home on Pine Ave for $1,250.

Carrie’s son, Raymond Green, was himself a notable person in the national music community as a professional piano player. Raymond played with Keith Vaudeville Circuit out of Cleveland, magician Harry Houdini, and singer Eddie Cantor. It is said that Carrie herself was a musician who imparted that love of music to her son. Carrie’s life converged with yet another notable Trumbull County resident when, at around 80 years old, she married Hiram Mountain, who is said to be the first Black police officer in Warren.

Carrie was known to save her money rather than spend it. Her savings were discovered in her home after her death. Untrusting of banks, likely due to discrimination against Black residents and women at the time, over $23,000 was found hidden in the home in walls and in boxes. Over $30,000 was donated by Carrie Green Mountain’s estate to the Warren Salvation Army. The Salvation Army was an important organization to her as it was the only religious organization that would give her son, Raymond, a religious burial. Raymond, who died in 1913, had a lifelong struggle with alcoholism, which caused many churches to deny Carrie’s requests for funeral services. Carrie, Raymond, and Hiram all left a lasting legacy in Trumbull County through their accomplishments and generosity.

The children of parents who were part of the earliest generation of Trumbull County residents, Vivian Vera and Wilhemien Viets, the Viets Sisters, grew up hearing stories about the early Connecticut Western Reserve. Quickly becoming interested in history and antiques, both women furthered their parents' collections and served as key faculty at Lincoln and Elm Road Warren Schools.

Both women attended Trumbull County Normal School, which was a local institution designed to allow high school students interested in becoming teachers to take college-level courses nearer to their homes. Vivian Vera and Wilhemien graduated and went right into teaching. Vivian Vera soon became the principal at Lincoln and Elm Road schools where she remained for 44 years. Wilhemien was the musical instructor at the same schools for almost 37 years. The women enjoyed working together and creating a fun and educational environment for the children. Deeply involved in the community and the school, the Viets Sisters were well known amongst the Cortland community.

They were also known on a larger scale as antique collectors. Living their entire lives in the home of their great grandparents, they were always surrounded by history which they embraced by becoming collectors themselves. Their collection of over thirty-one Gone With the Wind lamps and locally made antiques were of great value to them and known in the collecting community.

Check out oral history recordings of the Viets Sisters and their father Ward at this link below: 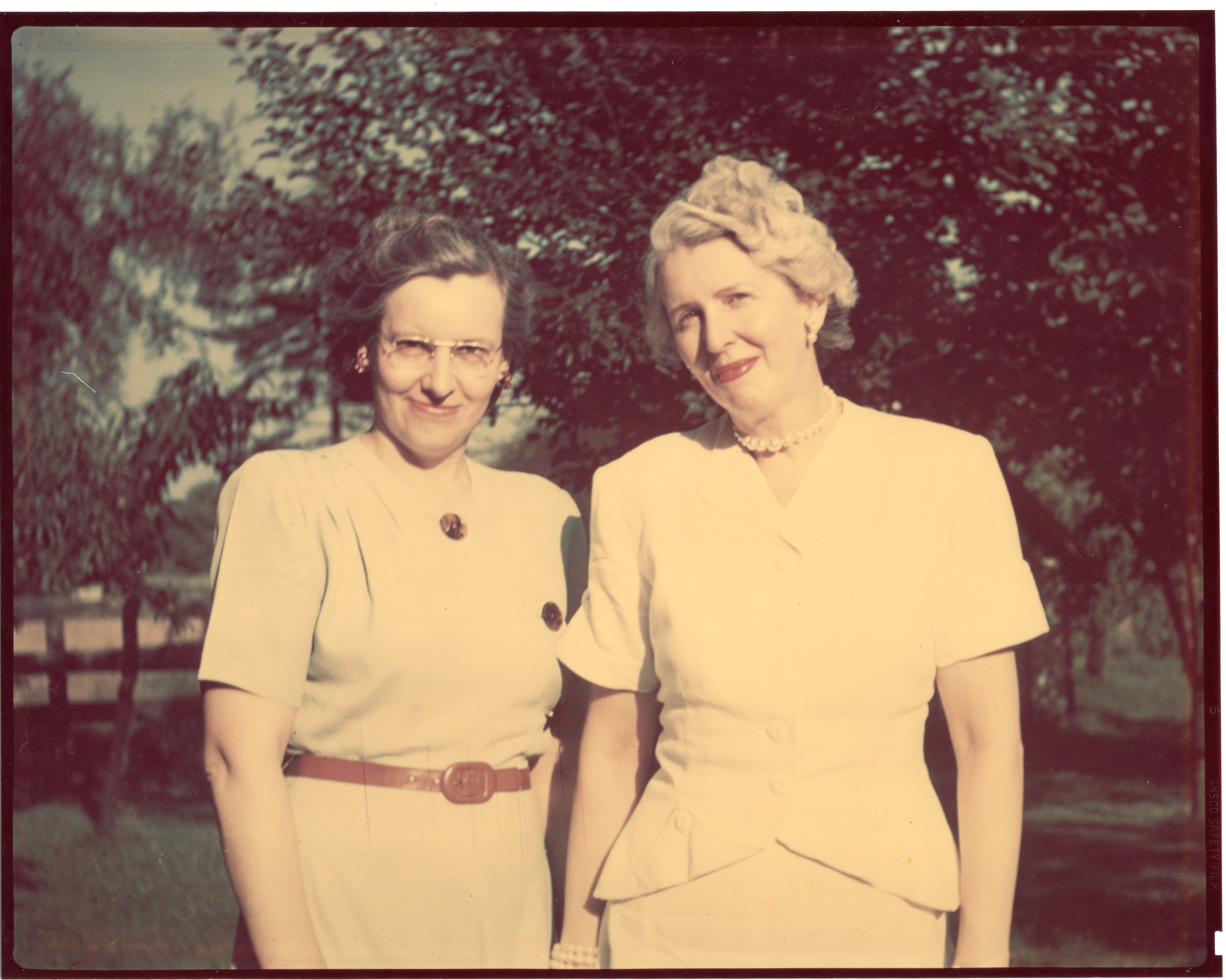 Vivian Vera with Gone With the Wind lamps in their Cortland home (Cleveland Plain Dealer, 1959) 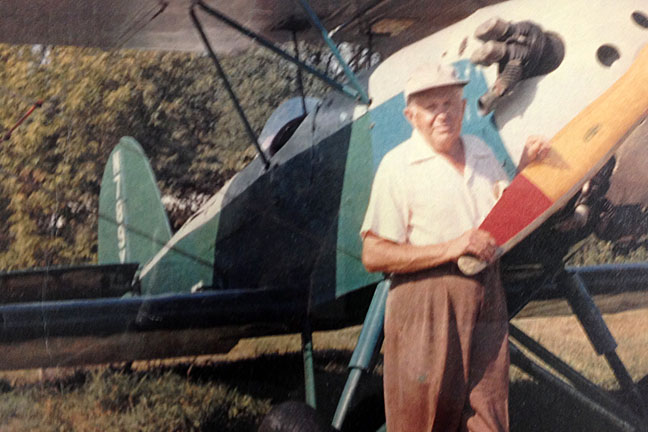 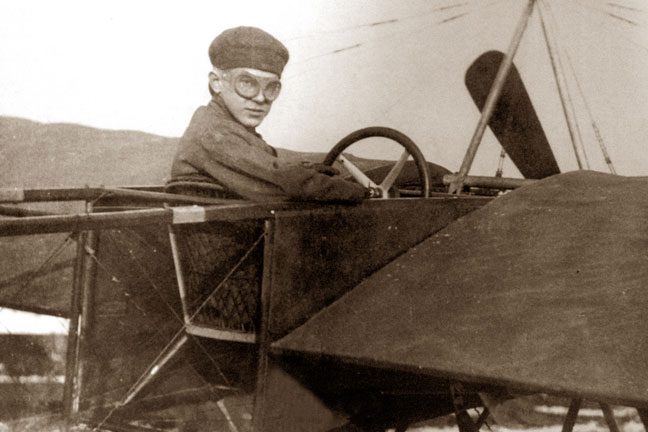 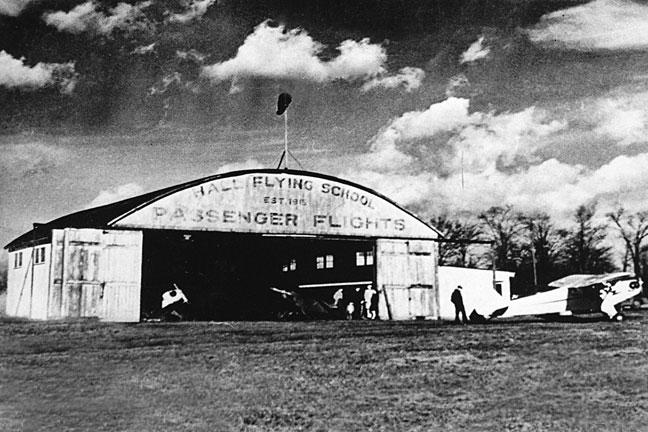 Born in 1897 in Warren, Ernest Hall showed an interest in aviation early on by collecting news in his “Aviation Booklets”. A young Ernie was known to build model gliders and perform tests on their flight ability. By 1911 he had made his first heavier-than-air type aeroplane flight in a modified Bleriot Model XI. After this flight, he dedicated his time to researching aircraft design, construction, performance, and reliability, always considering safety as well. He hit the ground running and in 1912 met the Wright Brothers for the first time. In 1913 he became a flight instructor at Curtiss Exhibition Co. at Newport News, Virginia. By 1915 he had created his first flying school in Conneaut, Pennsylvania then joined the Aviation Section of the Army Signal Corps where he served as an exceptionally high-quality instructor. Serving at Call Field in Texas, by the end of WWI Hall had trained over 500 cadets to fly. Ernie’s public flying schools, one in Warren, were unique as he offered flexible and affordable lessons.

In the 1930s, Ernie’s accomplishments in the aviation field began to be recognized. His connections and friendships with the Wright Brothers led him to meet other giants in the field including Henry Ford, Harvey Firestone, and Charles Kettering. He was honored by such organizations as the Civil Aeronautics Board and Federal Aviation Agency, the U.S. Air Force in a singular recognition at the Pentagon, and the Ohio State Senate. Ernie’s 1911 monoplane, which he built in Warren, has been displayed at the Smithsonian Air Museum and the U.S. Air Force Museum in Dayton, OH.

The Ernie Hall Aviation Museum on North River Road in Howland serves as a local tribute to this aviation legend.

Wayne Wheeler, born in Brookfield Township, would become one of the most powerful advocates of Prohibition in the U.S. Known as the “Dry Boss” during his fight, Wheeler was a lawyer and politician who was said to have witnessed accidents caused by alcoholism in his youth. Wheeler attended Oberlin College where he excelled in and enjoyed argument and debate. He was employed by the Anti-Saloon League while attending Western Reserve Law School. He promptly became the lawyer for the League, launching his political and anti-alcohol career.

By 1915 Wheeler had moved to Washington D.C., where he felt he could accomplish more of his Prohibition-related goals. He was exceptionally skilled at applying political pressure, which many now call pressure politics or Wheelerism. His work with the Anti-Saloon League worked on a grassroots level with churches and other groups. The League supported or opposed candidates based entirely on their stance on Prohibition. During this time, Wheeler was highly involved in writing the National Prohibition Enforcement Act, or Volstead Act, with Congressman Andrew Volstead.

While some Prohibitionists believed in education about alcoholism and supported “voluntary compliance”, Wheeler had different ideas. He felt that severe penalties and aggressive policies would benefit the movement more. Going as far as supporting the addition of poison to industrial alcohol to prevent its use as a beverage, Wheeler stated, “the government is under no obligation to furnish people with alcohol that is drinkable when the Constitution prohibits it. The person who drinks this industrial alcohol…is a deliberate suicide”.

Eventually, his relentless determination and exhausting work for the cause caught up with him. Wheeler died of exhaustion and kidney failure. His legacy lived, and while Prohibition did not last, his contributions to the political sphere remain today. 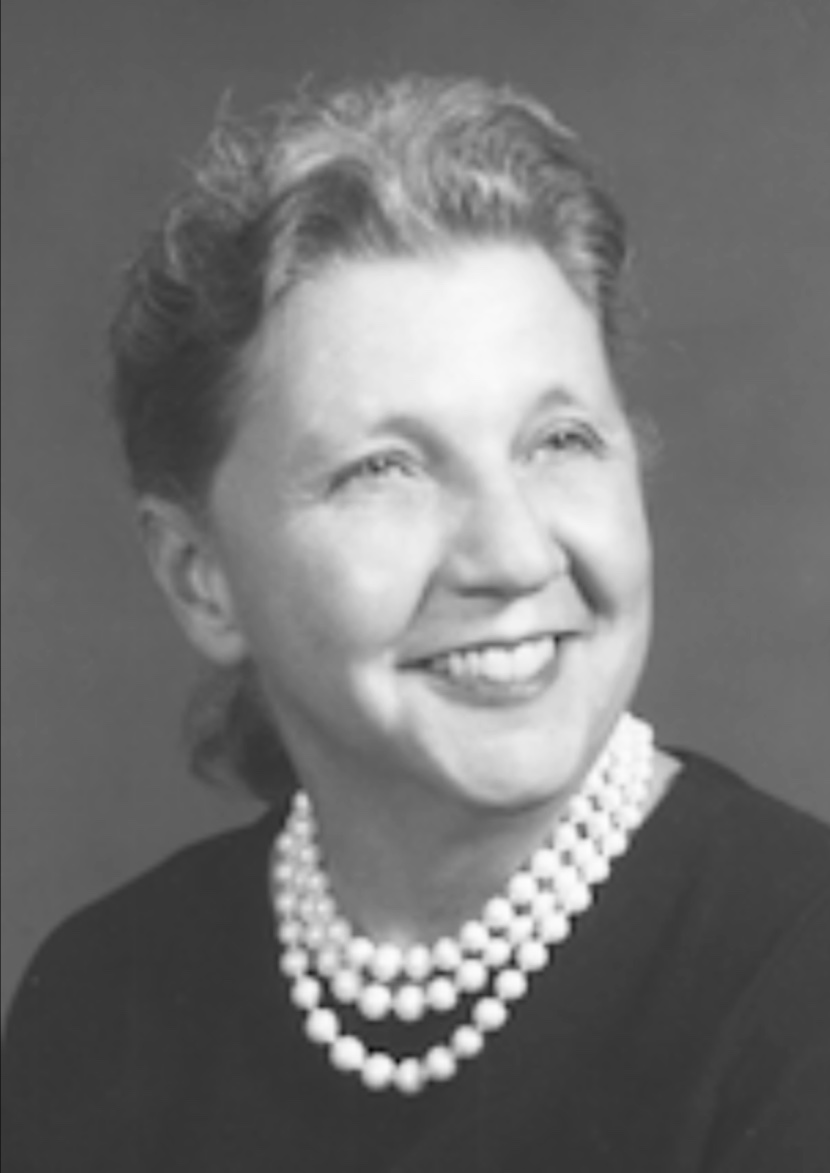 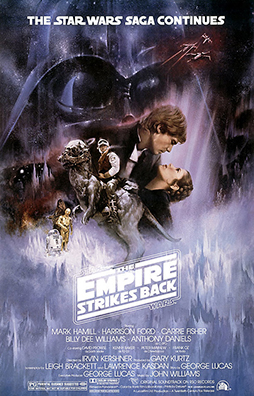 Although Leigh had many successes, her journey was not easy. Many times she was discounted as a woman in a male-dominated field. Leigh had to work extremely hard to distinguish herself as a highly competent and strong writer. The nickname “Queen of Space Opera” was given to her not as a compliment but as a mocking term due to the negative connotations associated with the space opera subgenre. However, today we know that to be quite the opposite as the Star Wars Trilogy, a space opera, is one of the most beloved series in movie history.

Leigh was a successful screenwriter for movies and television. She worked on movies from the 1960s to the 1980s. Notable titles include The Big Sleep, Rio Bravo!, The Long Goodbye, El Dorado…. and of course, her last movie, The Empire Strikes Back. Her Hollywood career would manage to include her in the world of Star Wars. Leigh worked with George Lucas on his sequel film The Empire Strikes Back (1980), and although she did not get to finish writing the screenplay for what is considered the best of the Star Wars movies, she was crucial in the designing of the plot, character creation, and dialogue. Her original script can still be read today. Brackett's The Empire Strikes Back

Most research was gathered through the resources of the Trumbull County Historical Society. Additional sources listed below: