Did You Know That? Interesting Facts About Trumbull County

What do Neil Armstrong, Dave Grohl, and William McKinley have in common? Trumbull County! Trumbull County has played a role in each of their lives. Read on to discover facts that you may not have known.

Trumbull County is the only perfectly square county in Ohio. It is 25 miles long, 25 miles wide, and consists of 24 townships and one village that are each five miles square.

The Packard Electric Company was founded in Warren in 1890 and the first Packard Automobile was manufactured here in 1899.

Warren was the first city in the U.S. to light its streets with incandescent bulbs. The year was 1911.

Harry Stevens, who was instrumental in the development of America’s hot dog, the baseball scorecard, and the drinking straw, was a resident of Niles.

Attorney Clarence Darrow, a public defender in the John Scopes “monkey trial” and later portrayed by Henry Fonda in the movie “Inherit the Wind” was born in Kinsman.

One of the oldest dirt race tracks in the country, Sharon Speedway, is owned in part by NASCAR driver Dave Blaney and his family. He was born and raised in Hartford.

The famous fictional Chinese detective Charlie Chan was created by novelist and playwright Earl Derr Biggers whose hometown was Warren.

The first man to step on the moon, Neil Armstrong, took off in an airplane for the first time in his life in Warren. He was six years old. 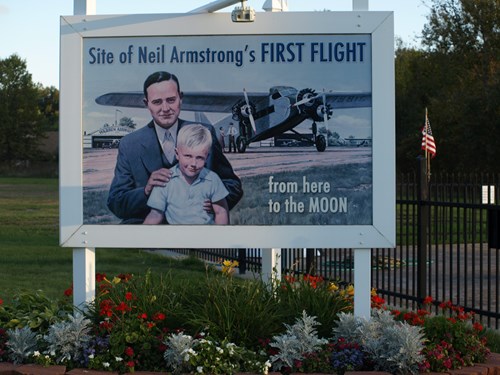 Niles native and 25th President of the United States, William McKinley, was the first candidate to use buttons, badges, and the telephone to campaign for office.

Warren is the birthplace of Nirvana drummer and Foo Fighters frontman Dave Grohl. An alley named for Grohl is located in downtown Warren and also serves as home to the world’s largest drumsticks.

Suffragette Harriett Taylor Upton’s house on Mahoning Avenue in Warren served as the headquarters for the National American Suffrage Association from 1903 until 1905 when the center was moved to the west wing of the Courthouse. It was later moved to New York City in 1909. 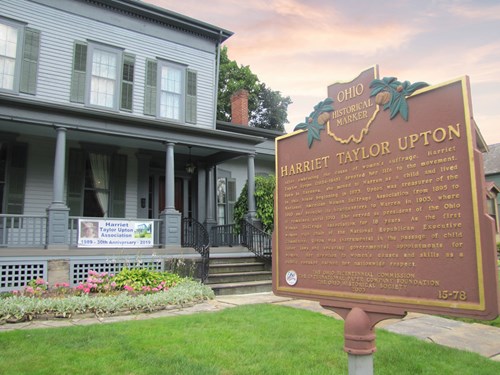 The village of Yankee Lake was formed in 1934 solely to allow local residents to dance on Sundays in the famed ballroom.

Harry Burt, the creator of the Good Humor Bar, was born in Cortland in 1875.

The Newton Falls Covered Bridge, which was built in 1831, is the oldest covered bridge still in service in Ohio.

Mosquito Lake is the second-largest inland lake in Ohio.

As you can see, Trumbull County is filled with historical and interesting facts. But that’s not all! With shopping, attractions, outdoor recreation, golf, and much more, Trumbull County has something for everyone. Visit our resource guides or contact us to learn more.