Come Along for a Drive Through Warren, Ohio

Read about Warren, Ohio’s historic sites and charming downtown as you ‘ride along’ for a cigar drive and tour of Trumbull County’s largest town!

It's almost cigar ride season. For about six months of the year, it is perfectly lovely sitting on my front porch, either reading a good book or listening to some music, while enjoying a good cigar. When it's nice here in Northeast Ohio, it's as nice as it is anywhere in America. The other six months of the year, well, accommodations must be made.

Like a sunroof. I won't own a car without one, because once a week or so I get in my car, play some blues, open the sunroof, and fire up a Montecristo. Since I take 20 or more of these drives every winter and have done so for years, I've covered a lot of ground in Trumbull County, Ohio. You might enjoy doing the same; there is a lot to see and no cigar is required.

All of my drives either start or finish in downtown Warren. While it may not be the kind of day one wants to spend outdoors for hours, a couple of 10-minute strolls might be perfect, and downtown offers many such opportunities. 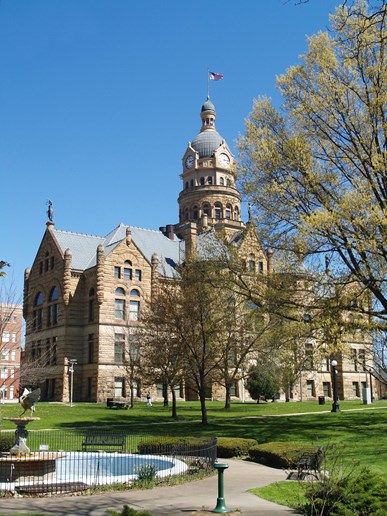 I usually take a lap around Courthouse Square, as you never know who you might see there. You only have to cross the street to visit Monument Park and its stately Civil War Memorial overlooking the river. On another day, I might pick up a flat white at Nova to enjoy as I sit in a patch of sun on one of the comfortable benches surrounding the 1897 Romanesque courthouse, one of the most magnificent in Ohio. 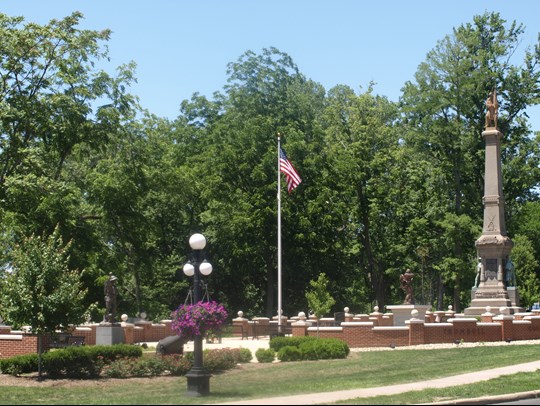 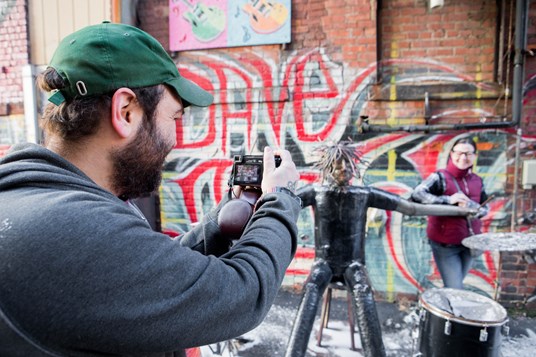 You also never know who you'll see in Dave Grohl Alley. Photoshoots are common and I've met tourists from three continents back there — and that was before the recent addition of 10,000 LED lights bee-bopping their pattern 24/7 in front of Modern Methods Brewing, just 10 feet from the “World's Biggest Drumsticks.” If you time it right and Modern Methods is open, you can enjoy a delicious craft brew in their charming tasting room. 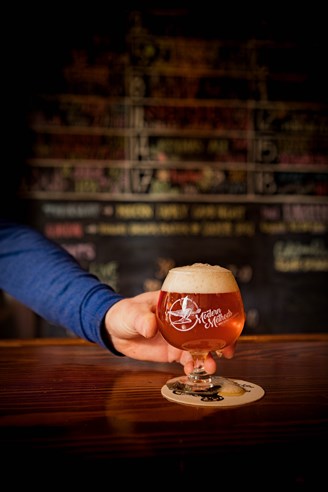 From downtown, there are several options. Head north on Mahoning Avenue, or as it was once known, "Millionaire's Row", and admire the many beautiful century homes that line the street as it meanders north along the river. The magnificent Kinsman House, an 1832 Greek Revival home that was one of the earliest structures in Warren, Ohio, anchors the avenue with a view of the Amphitheater out its front door. Next door is the 1871 Italianate former Perkins Mansion that now serves as Warren's City Hall. 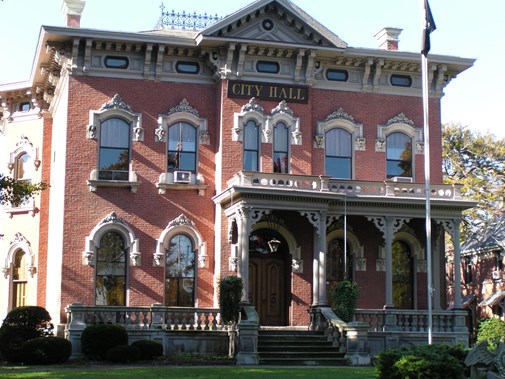 There are another dozen houses in the next few blocks, each worth a good stare, and several easy places to turn off Mahoning and park your car if you want to house gaze, get a good look at the Amphitheater, stroll through the neighborhood's community rose garden, or spend a few minutes in the absolutely lovely Victorian-style Women’s Garden. 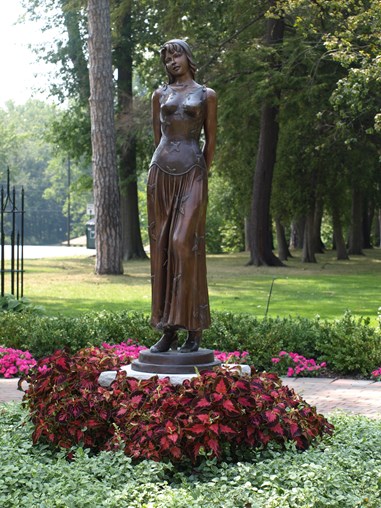 The Women’s Garden is one of Warren's lesser-known treasures, and always well maintained by the members of the Upton Association, whose handsome 1840s home is just across the street at 380 Mahoning. The park features a sleek, art deco statue representing universal womanhood. A small stream runs through it with a bridge, places to sit, and a nice view of City Hall.

Turn Towards the Historic Perkins Homestead

If you turn east off Mahoning you can cruise the streets of the Historic Perkins Homestead Neighborhood, which is filled with many more century homes and a few old churches. Cross further east over Park Avenue and you're in the always interesting, ever-changing Garden District.

A turn west off of Mahoning takes you into Perkins Park where weather permitting, there may be dozens of walkers, softballers, or kids on the playground. You can drive, or join the walkers on a circuit along the Mahoning River as it marks its stately pace through Warren's major downtown park.  The river path is right at the water level, which is why after heavy rain this whole area becomes Perkins Lake.

Finally, if you stay the northern course for just a few blocks more, you can visit another little known, hidden gem, Pioneer Cemetery, which is just behind the Akron Children's Hospital parking lot. Many of Warren's earliest settlers are buried in this 200+-year-old riverside cemetery. Some of the stone markers have been worn smooth by two centuries of weather, but just as many are readable and memorialize veterans of the Revolutionary War and settlers from the days when Warren was the capital of the Connecticut Western Reserve.

Thanks for Coming Along!

Well, there you have it — a nice cigar ride, and we haven't even left the Warren city limits yet. Maybe we'll explore the outer reaches of Trumbull County the next time I pop open the sunroof.

For a sneak peak, check out this video of Downtown Warren!

Like what you read?  Check out more captivating blogs here!